Heading For The Grand Review

Tonight I am starting off on my final Civil War Sesquicentennial adventure.  It is not a "real time" affair.  The Grand Review of the Armies took place on May 23 and May 24 1865.  The commemoration will be tomorrow May 17th.

I was going to take Amtrak, but we know what happened there, so in a burst of personal reminiscence, I've decided to go Greyhound.  I'm planning to catch sleep on the bus down and the bus back in an excess of frugality.  Best of all I will be meeting up with my incipient hipster son in the Port Authority bus terminal in New York around 3:00 AM for the second bus leg of the journey.

I'm taking off from Worcester shades of my Holy Cross days. although the bus station has been relocated a few blocks.  Perhaps quite appropriate for the day it is Union Station.

I'm thinking that I will maintain the ebullience and optimism that President Johnson was trying to invoke when he called for the review to buck up a country that was reeling from the Lincoln assassination.  The 145,000 soldiers who participated were mostly going home.

Reenactors of the United States Colored Troops will be better represented at the commemoration than at the actual review.  Many USCT soldiers were down by the Rio Grande when the Review took place.

My Sesquicentennial adventures gave me a better sense of my connection to the past.  Not just the war but the whole 150 years following.  Going to the Grand Review with my son will allow me to have the fantasy/hope that in 50 years another descendant, yet unborn, of Private Patrick Lyons, Fifer, Company K 22nd New Jersey will feel the connection. 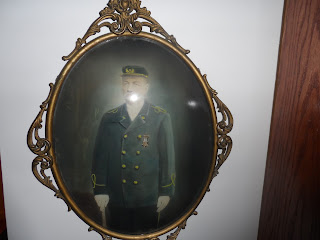 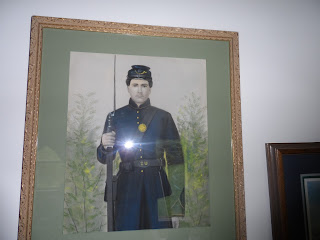 Peter J Reilly CPA flunked out of a graduate program in American history at the famous Universtiy of Chicago.  Public accounting has been good to him,  Better to be lucky than good.