By 1767, Jesuit missionaries on the peninsula of Baja California had established approximately 23 missions over a period of 72 years. Rumors were circulating that the Jesuits had amassed a fortune and were becoming very powerful. As part of the nearly globalsuppression of the Jesuits, King Carlos III ordered the Jesuits expelled at gunpoint and deported back to Spain. Following the command of the king, the viceroy of New Spain ordered the arrest and deportation of all Jesuits in missions and Don Gaspar de Portolà was charged with the expulsion of the Jesuits from Baja. The missions were turned over to the Franciscans, and later to the Dominicans.

The Portolà expedition was the first land-based exploration by Europeans of what is now California. The expedition's most notable discovery was San Francisco Bay, but nearly every stop along the route was a first. It is also important in that it, along with the later de Anza expedition, established the overland route north to San Francisco which became the Camino Real. That route was integral to the settlement of Alta California by the Spanish Empire, and made it possible for the Franciscan friars to establish a string of twenty-one missions, which served as the nuclei of permanent settlements, established a cattle ranching economy and converted thousands of Native Americans to Christianity.[6]

All I could find about the studio was this listing

In the California Local History - A Bibliography and Union List of Library Holdings Second Edition I found item 5733 - Latin American Village Studio - The Golden Journey illustrating certain passages for the diary of Gaspar de Portola and covering his march through California May 11, 1769 to June 3, 1770. 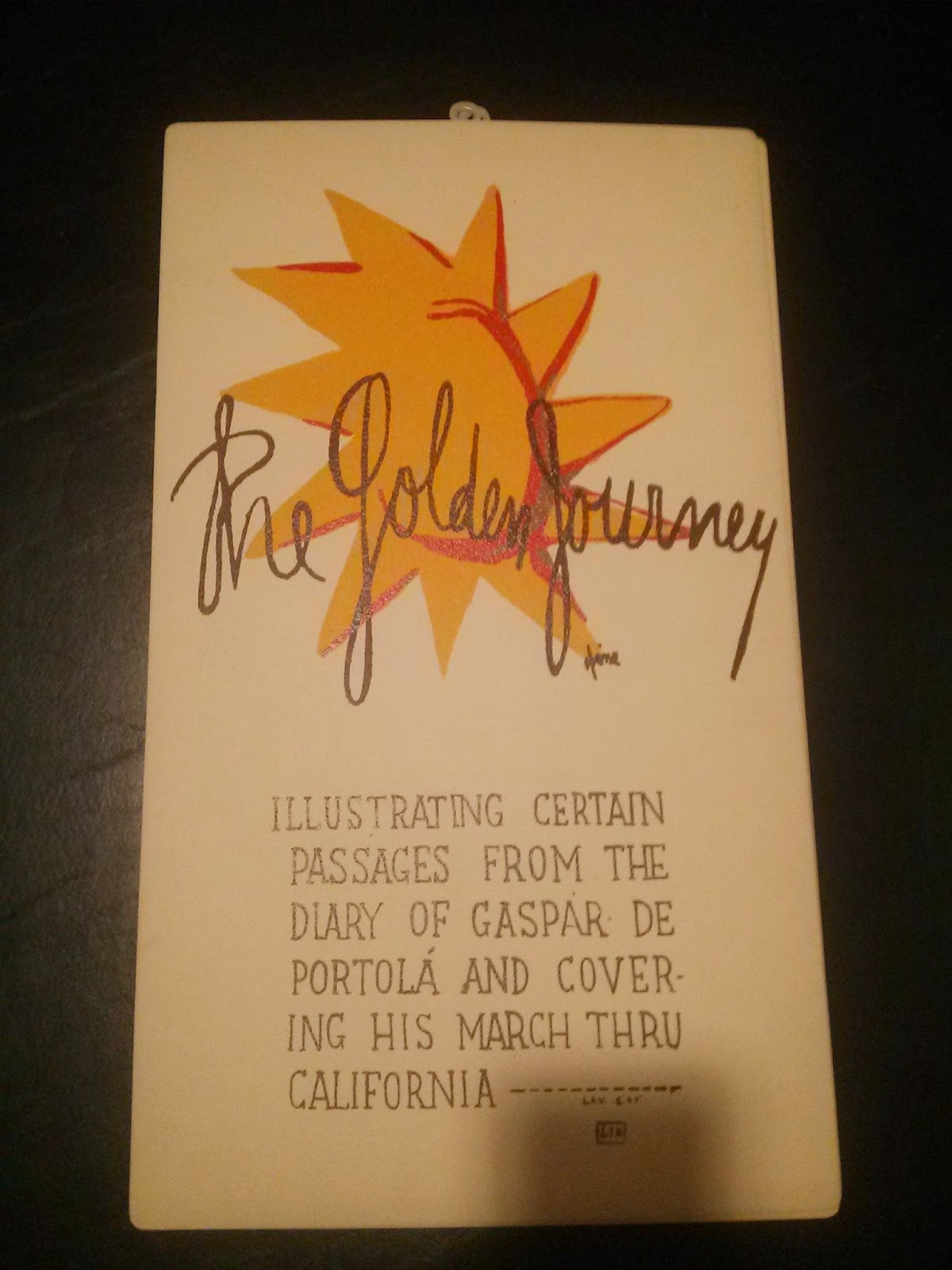 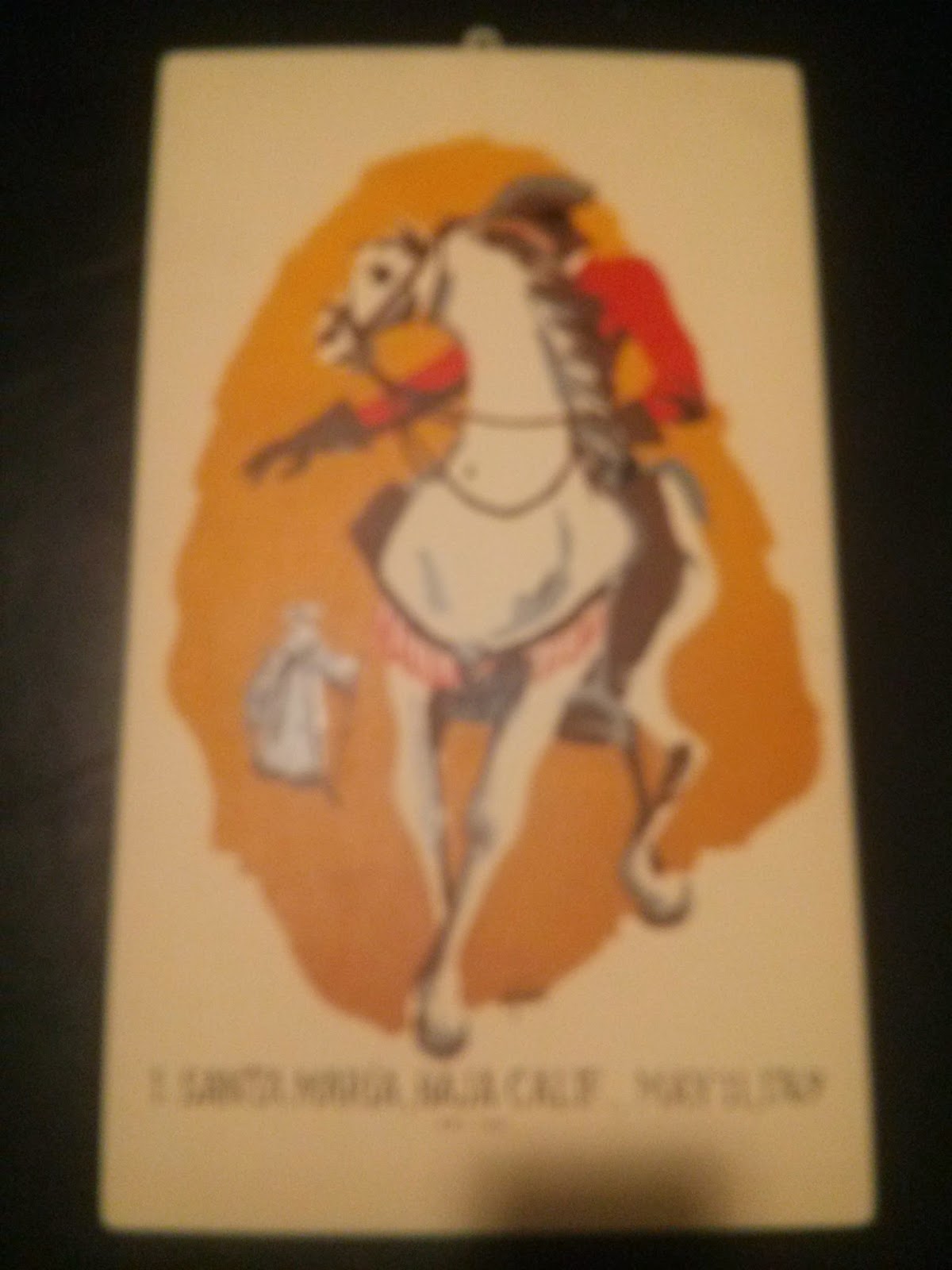 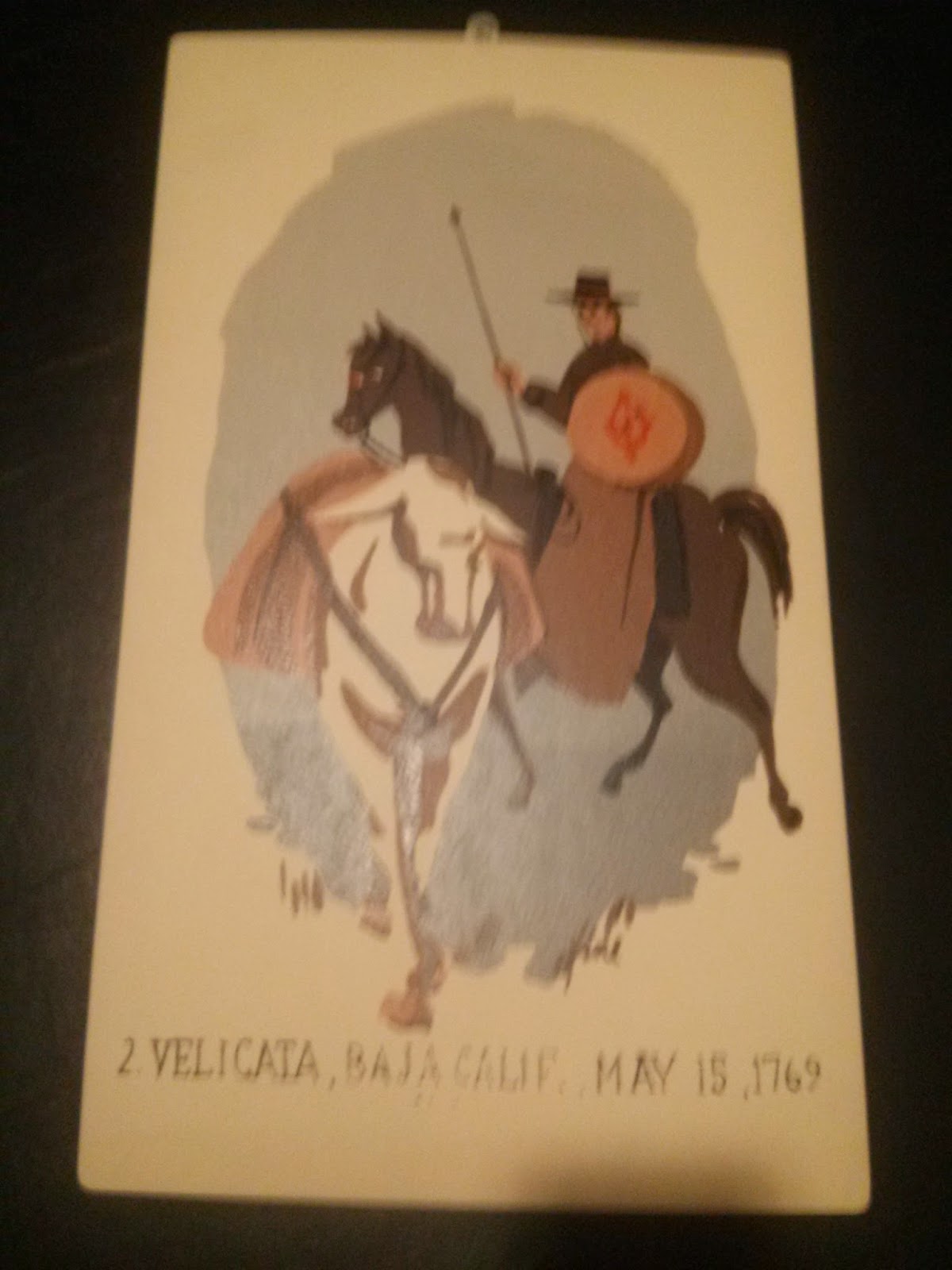 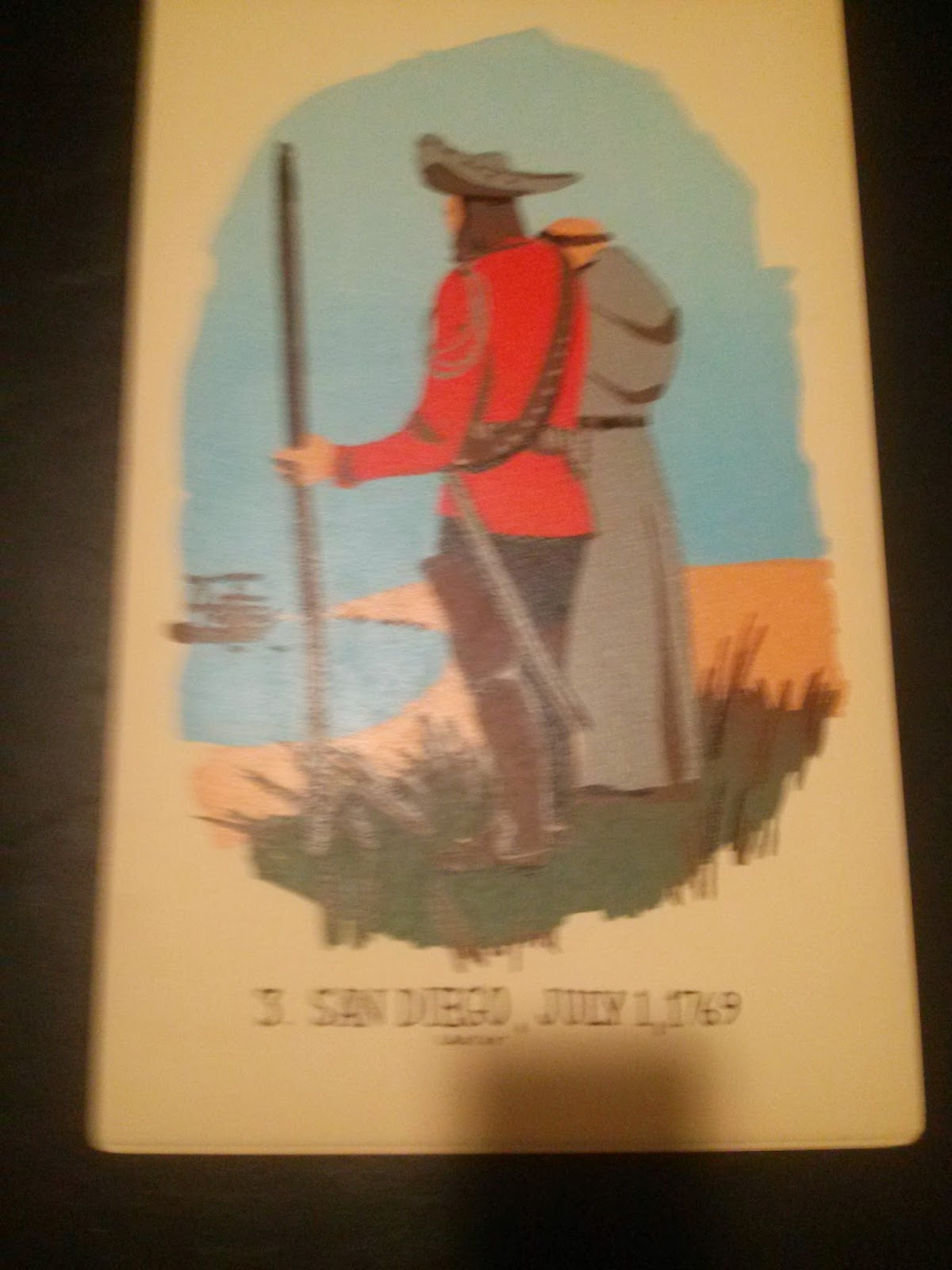 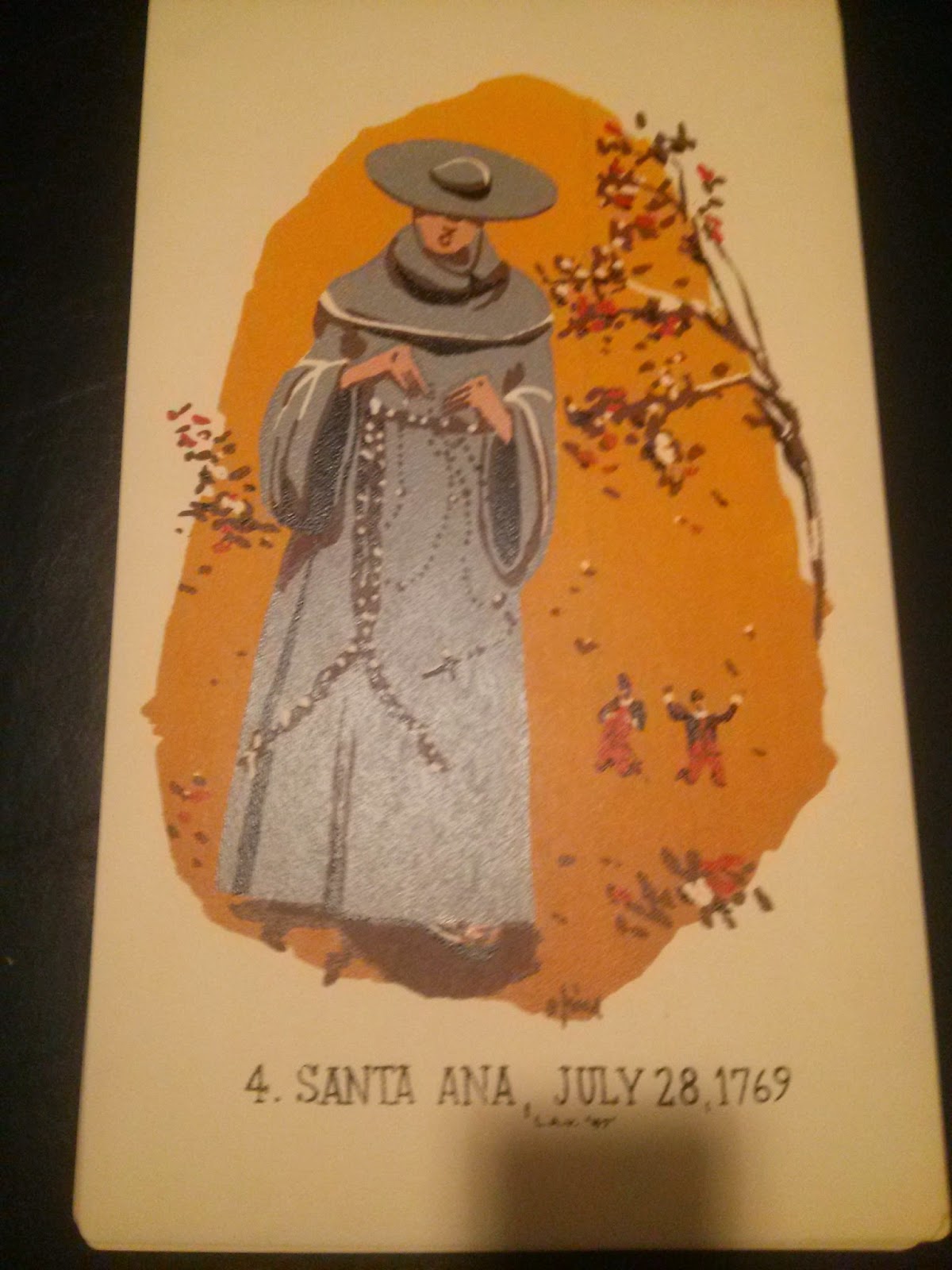 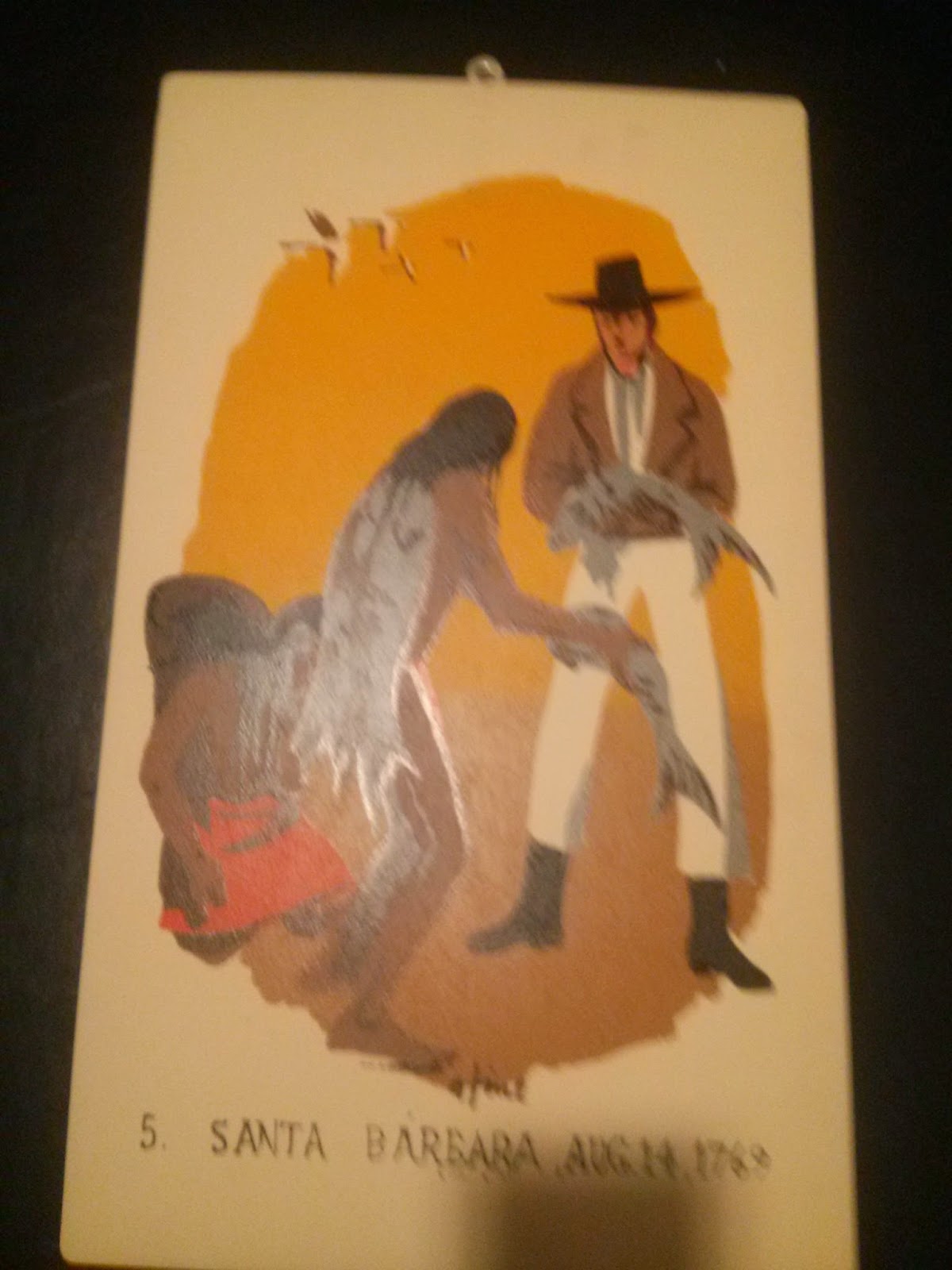 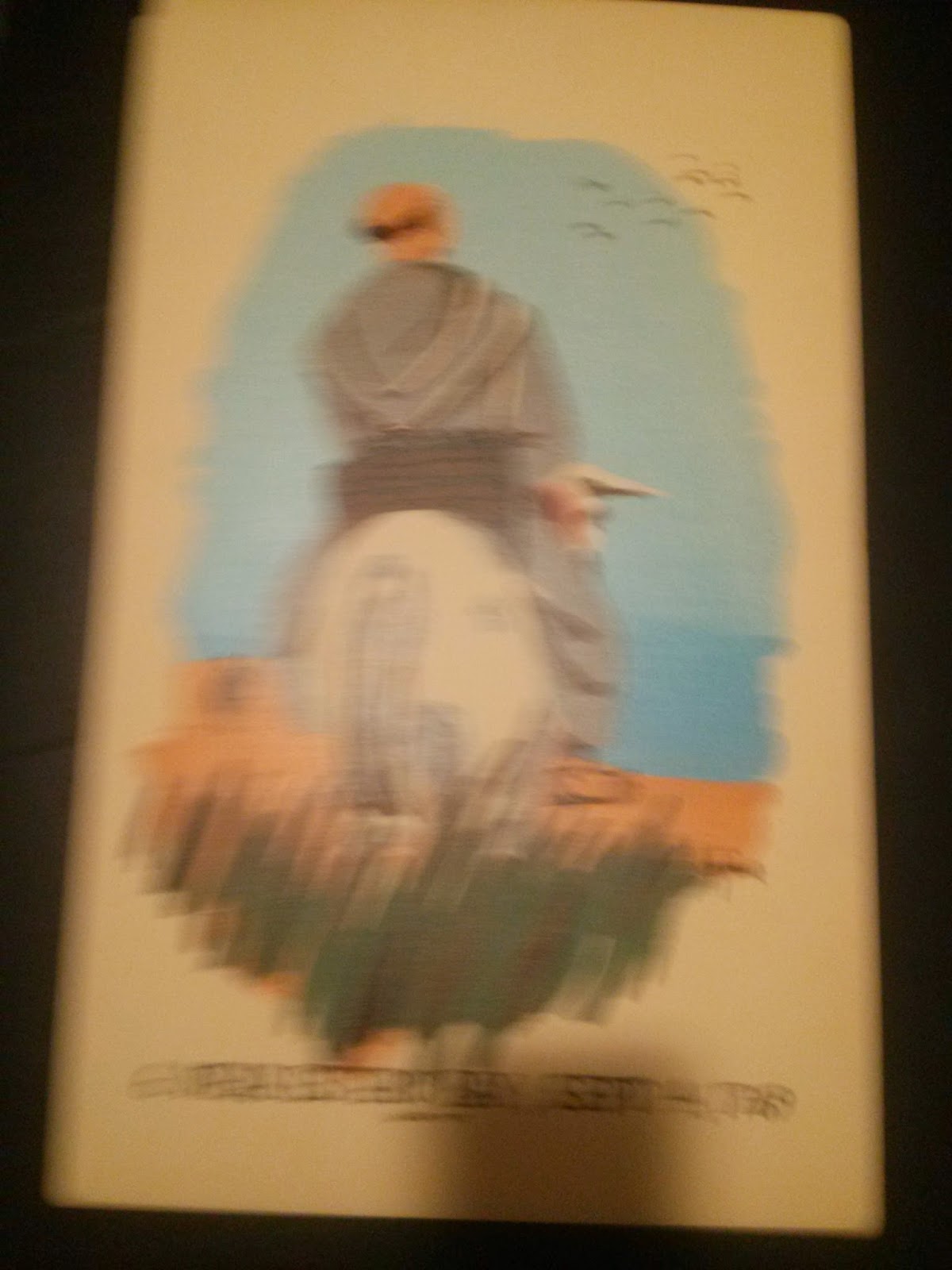 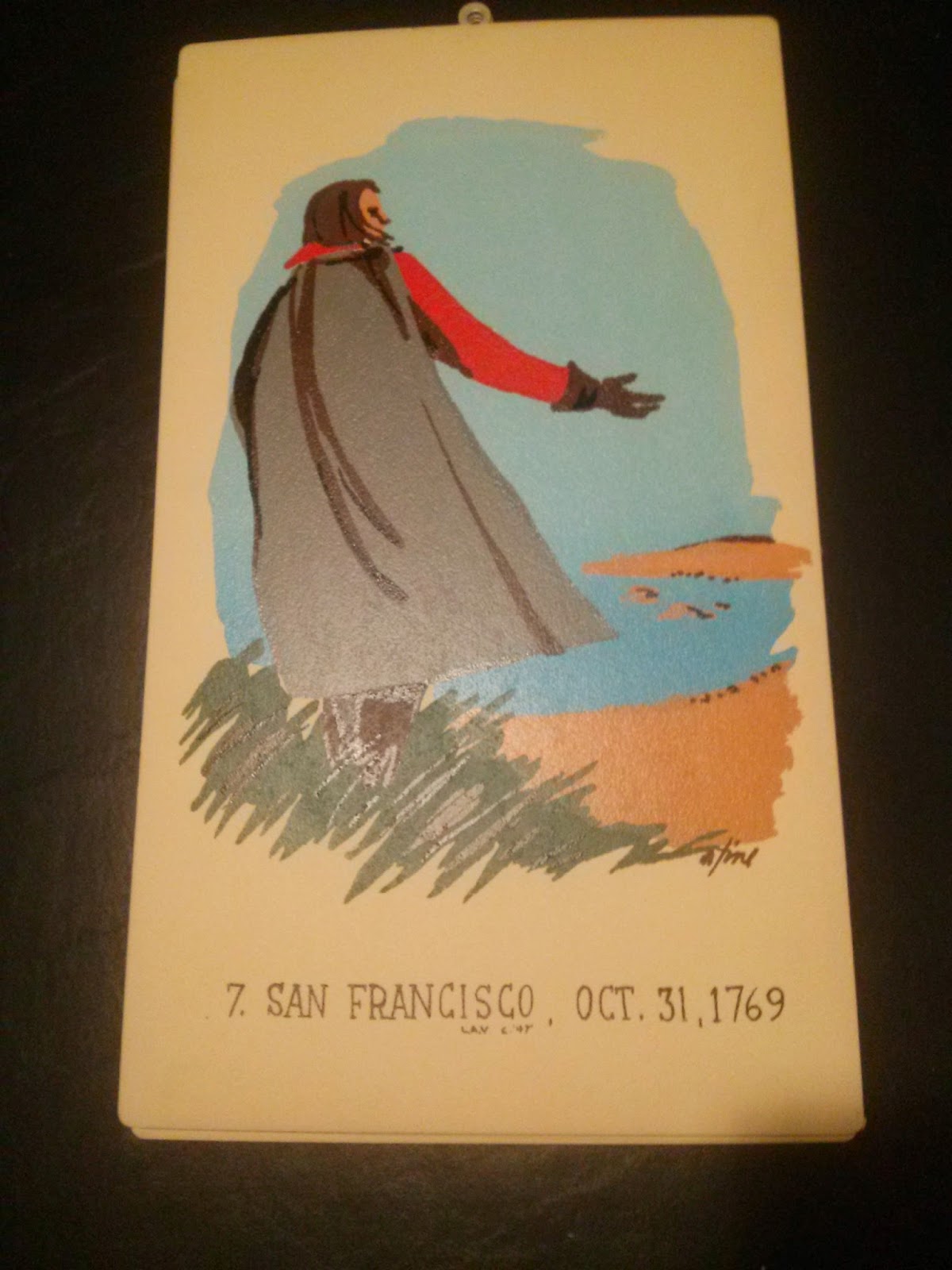 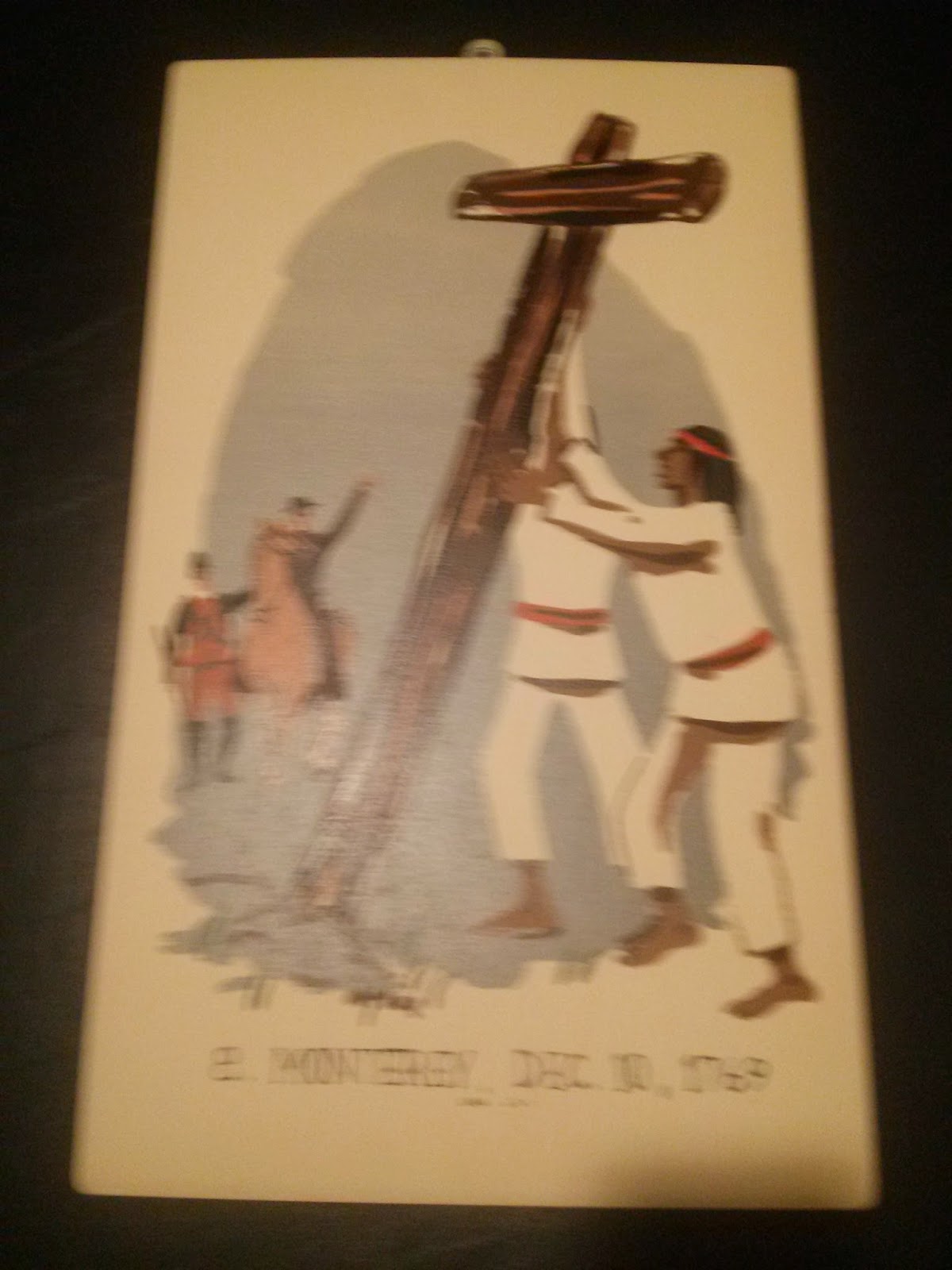 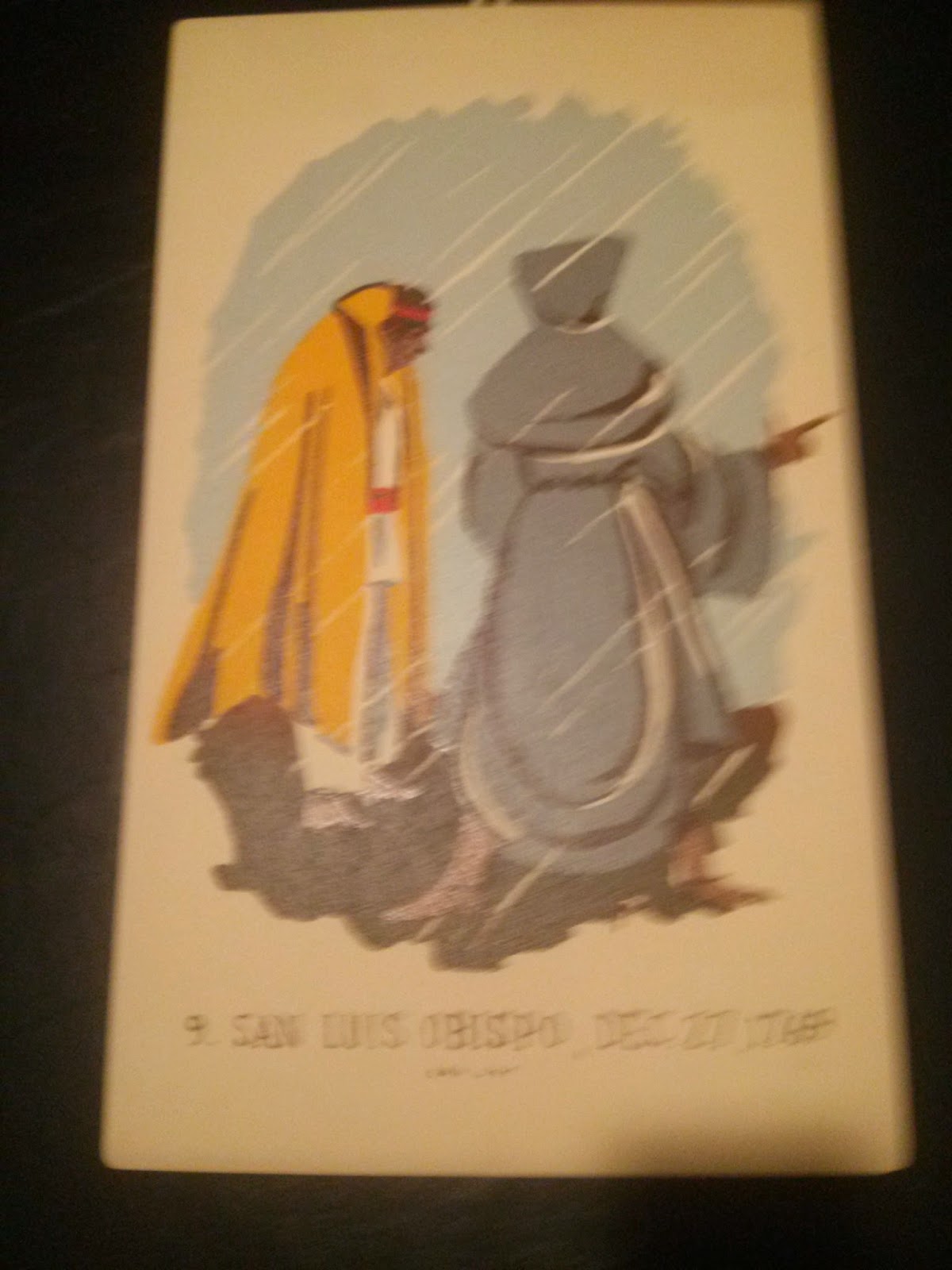 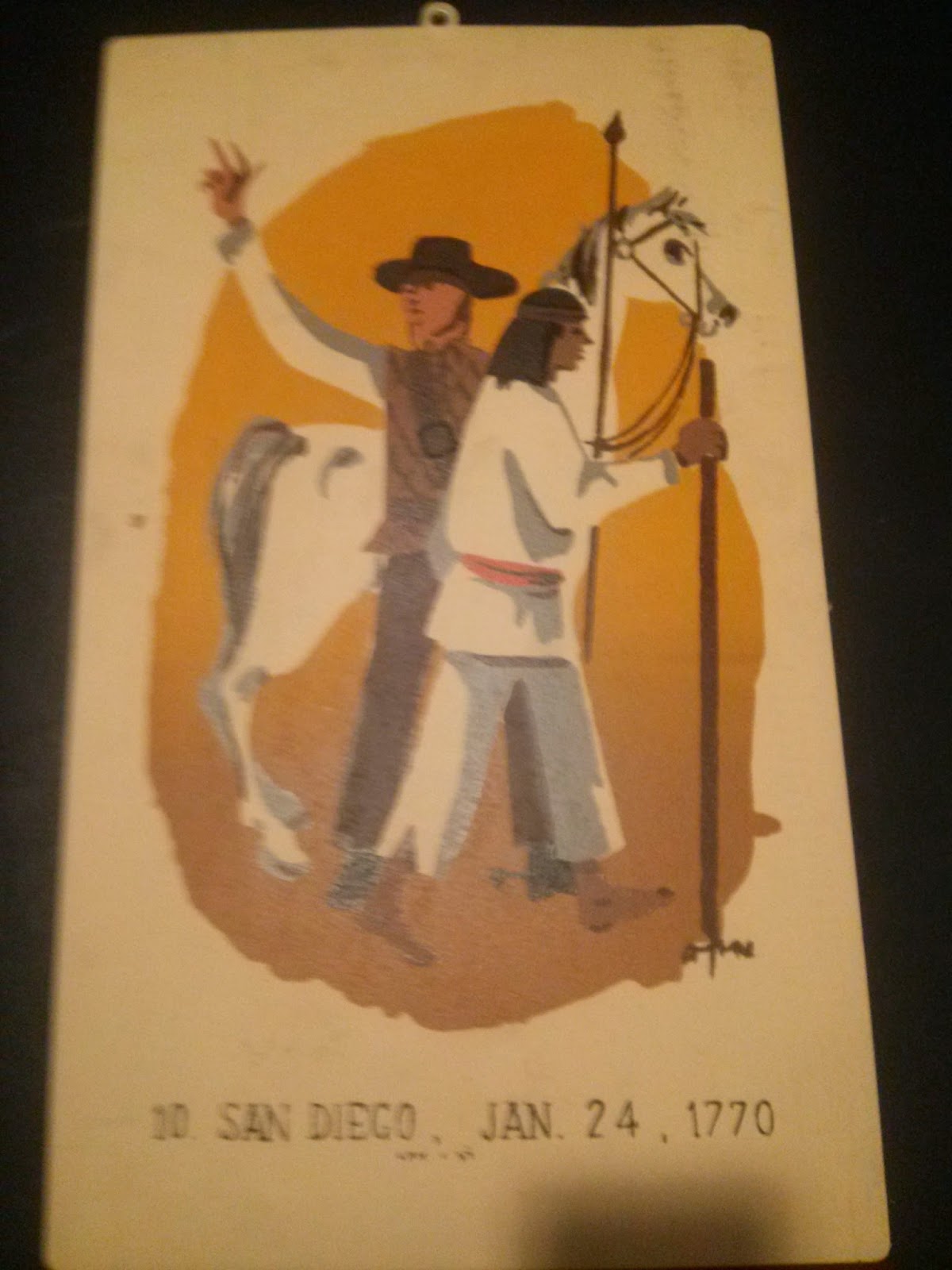 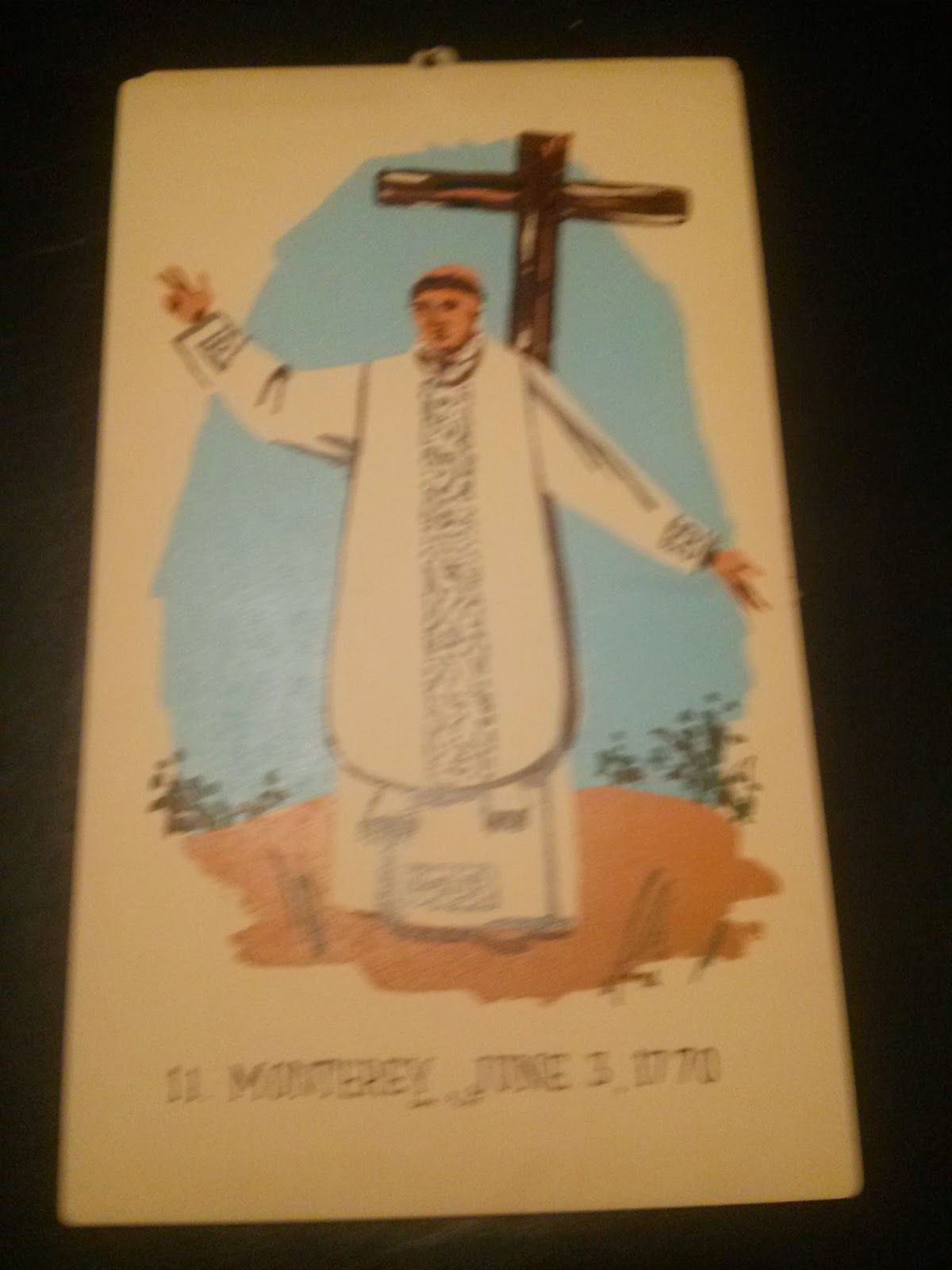 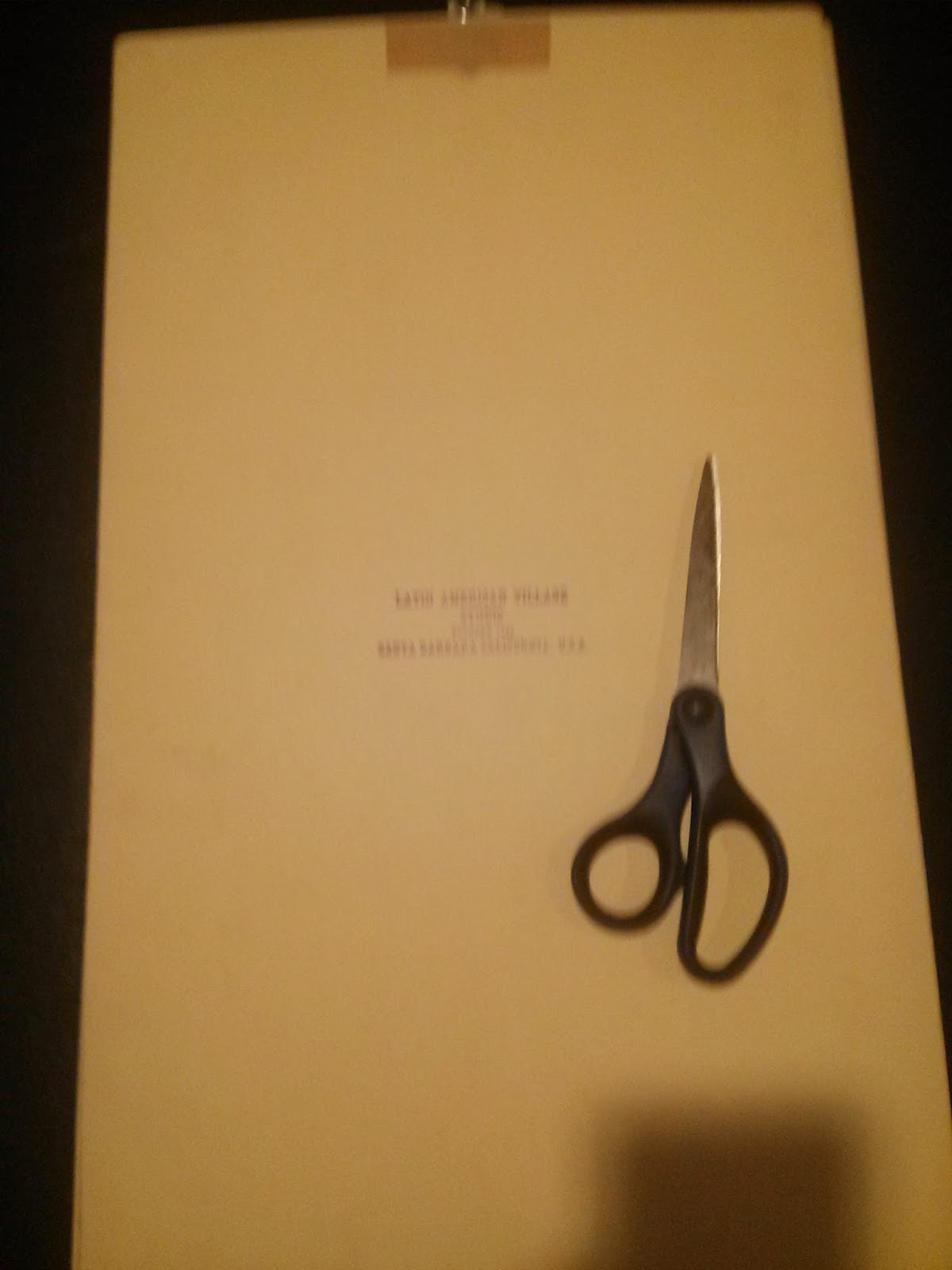 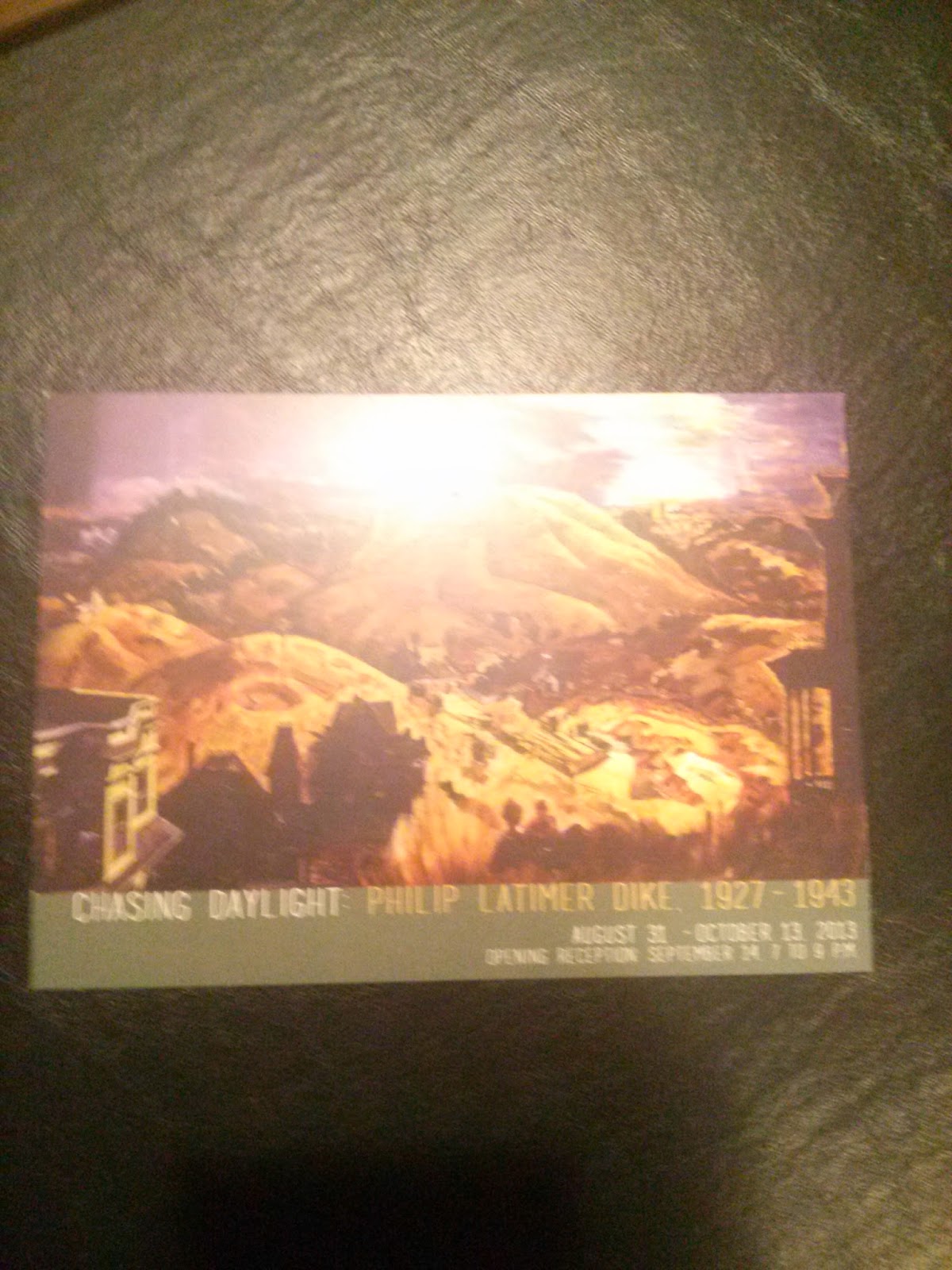 According to the fellow in the store where I bought them the prints below were from the collection of Phillip Latimer (1906-1990).  My working theory is that he salvaged them when the ?Museum/Library? that was the Latin American Village Studio closed down.


If you have a serious interest in these prints, I would be willing to show you the originals.  I live in Central Massachusetts and my email is peterreillycpa@gmail.com