Searching For A Little Piece of New Jersey In Virginia


This piece is part of my real time Civil War Real Time Sesquicentennial Series.  It originally appeared in on forbes.com on May 6, 2013.


Commemorating the 150th anniversary of the Battle of Chancellorsville seemed like the perfect focus for a vacation.  It was the only battle that my single Civil War ancestor, Private Patrick Lyons, Fifer, Company K,  22nd New Jersey is credited with participating in. 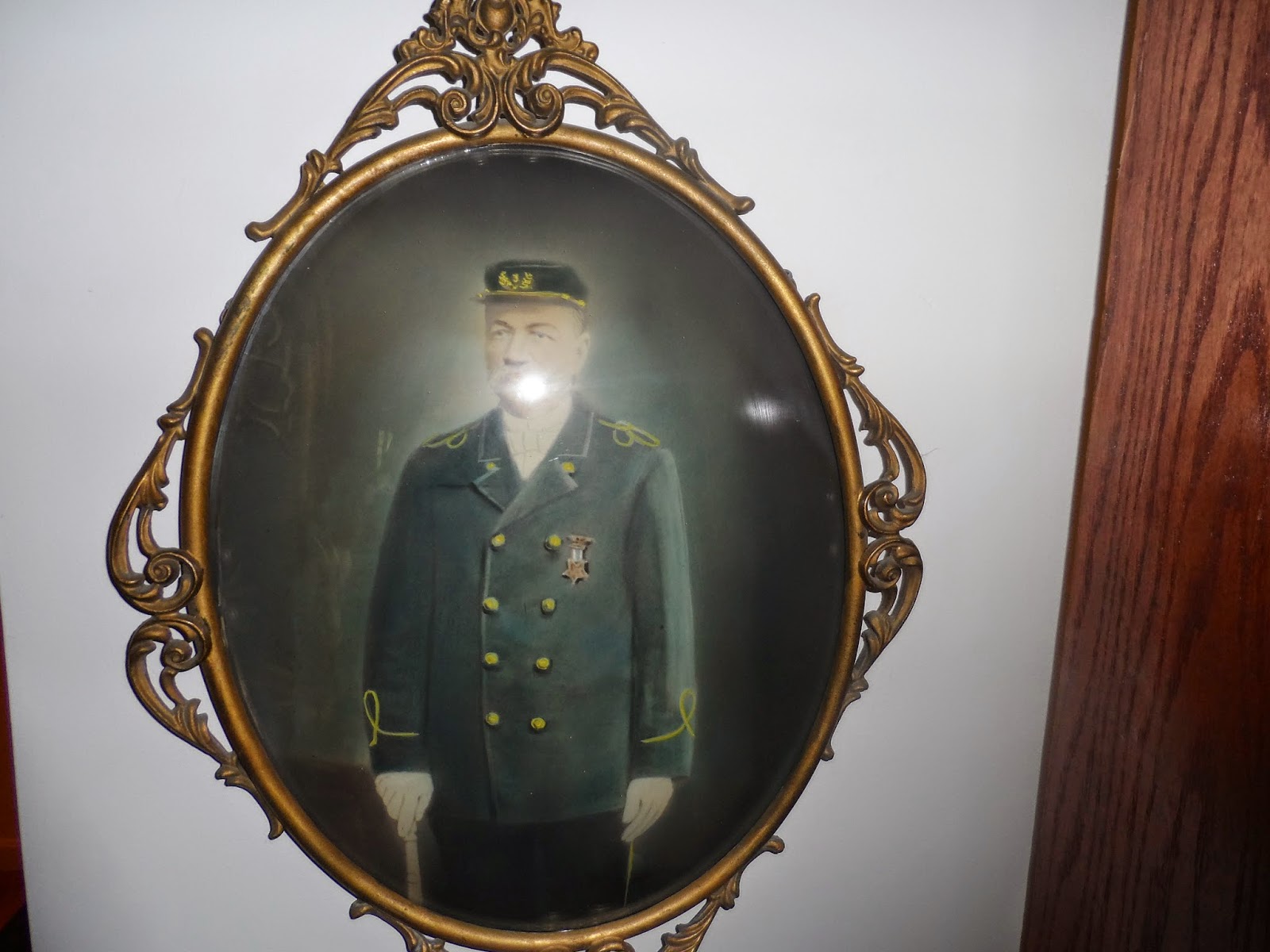 My covivant thought otherwise.  CV's tolerance for things historical is limited.  Thanks to our fantastic national park system, I was able to plan a campaign that worked for both of us.  Although planned as a vacation, I'm not sure whether it counts as one for me, although it does for CV.  I was "mustered out" on May 1 turning my laptop and building pass into the nice HR lady. At any rate, CV and I hit the road late on May 2 spending the night in a budget version of the Bates Motel.  We hit traffic, so it was after 3:00 PM on Friday May 3, when we made it to the Chancellorsville Battlefield Visitor Center.

CV was concerned that I did not know exactly what was going on.  I was not worried.  I know how the National Parks Service does history, so I knew there would be something good.  Despite what CV thinks, my Civil War obsession is moderate.  I am not one of the elite group of "real timers" who is trying to be present at various key moments at the exact time they occurred 150 years ago.  We arrived in time to go on a brief walking tour led by Don Fontz to the spot where Stonewall Jackson was shot by friendly fire. We missed the exact time by about 20 hours, but Ranger Fontz's talk brought it alive for us.

The Ancestor Hunt
Mr. Fontz's talk was compelling and we were standing there 150 years and about 20 hours after it happened, but it was back in the visitor center where he really showed his historical mettle.  When I told him that I wanted to find where the 22nd New Jersey had been, he started consulting the day by day maps which showed no sign of the Third Brigade of the First Division of the First Corps.  Consulting some of the books they had there he was finally able to point me to a bend in the river at the extreme right of the Union line.  It was on private land.  CV and I took off and spent some time meandering around the narrow roads.  I finally had to satisfy myself with a picture at the very end of US Ford Road.  We were getting odd looks from somebody riding a lawn mower.  I did not hear a fife in the distance, but if I tell the story to my grandchildren maybe it will work its way in. 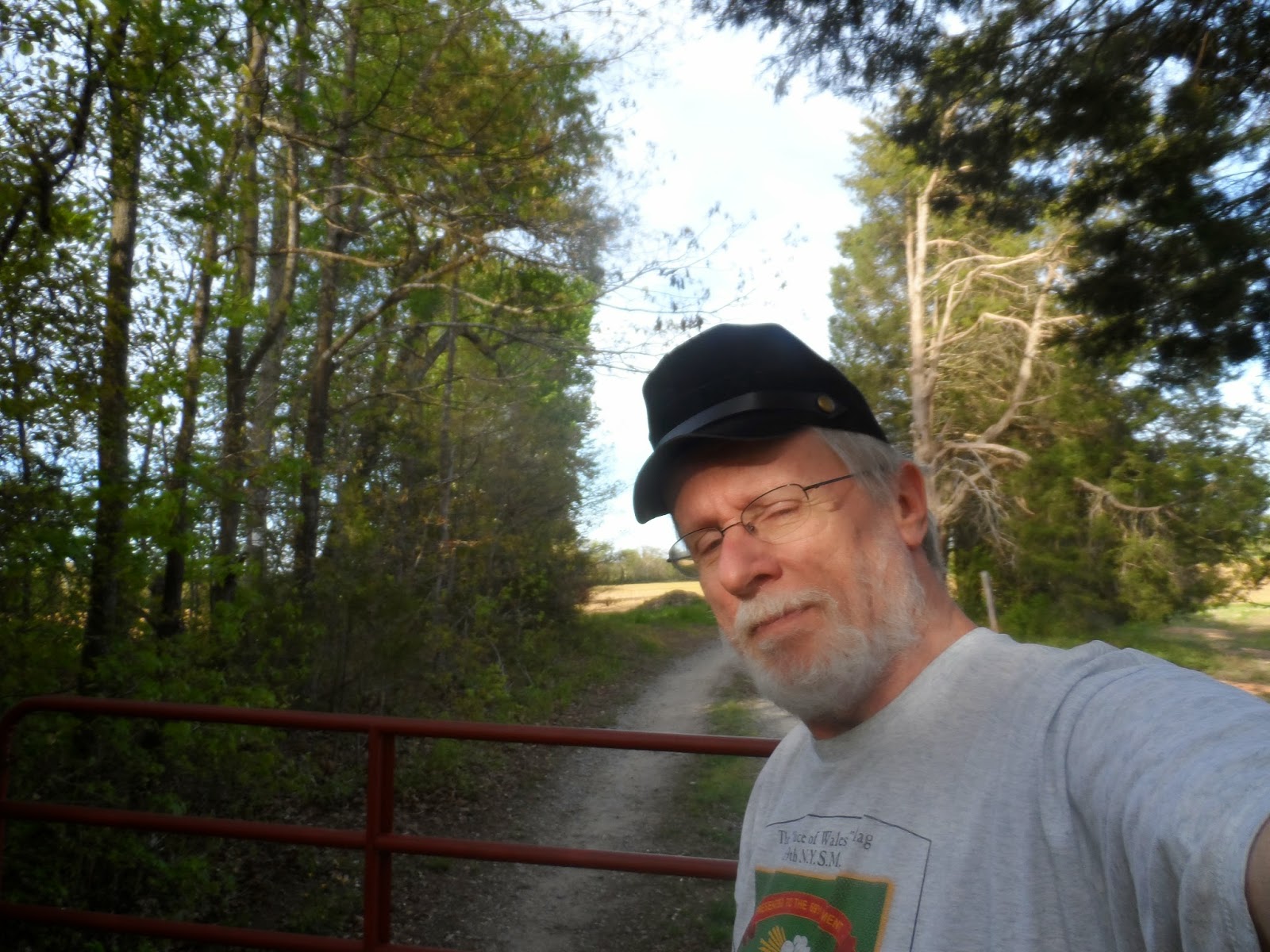 Flying Through The Wilderness With The Dutchmen

I was really torn the next day.  The Park Service only allows a limited number of reenactors on their property so if I wanted to see masses of  "soldiers" marching, we had to go to the private event in Spotsylvania.  On the other hand, the Park Service had planned something very special. Park Historian Frank A. O'Reilly and Ranger Beth Parnicza were leading a hike to follow the 11th Corps as it was surprised and overwhelmed by Stonewall Jackson's daring flank march.  Arrangements had been made with the owners of private land in order to make the event possible, so this would be the first time that it was ever done.  Hard core real timers might be scornful of it being about forty hours late, but having a couple of hundred people tramping through privately owned dense forest on a Thursday night would probably not have been a good plan.

We solved the dilemma by going to the event in Spotsylvania in the morning and evening.  It was actually quite good.  We chatted with members of the Federal Generals Corps.  General Sickles was rather upset with the way the battle had gone, blaming General Hooker who did not seem to be around.  Joshua Chamberlain, still just a lieutenant colonel, sat in front of a tent with a sign warning about small pox.  The modern day Chamberlain is from West Virginia and probably needs to work on his Maine accent a little more.  I also chatted with Steward Henderson - President/Corporal of the 23rd United States Colored Troops.  His unit was a year early, but the real timers will just have to live with it. There was a lot more.  Even did a little shopping. 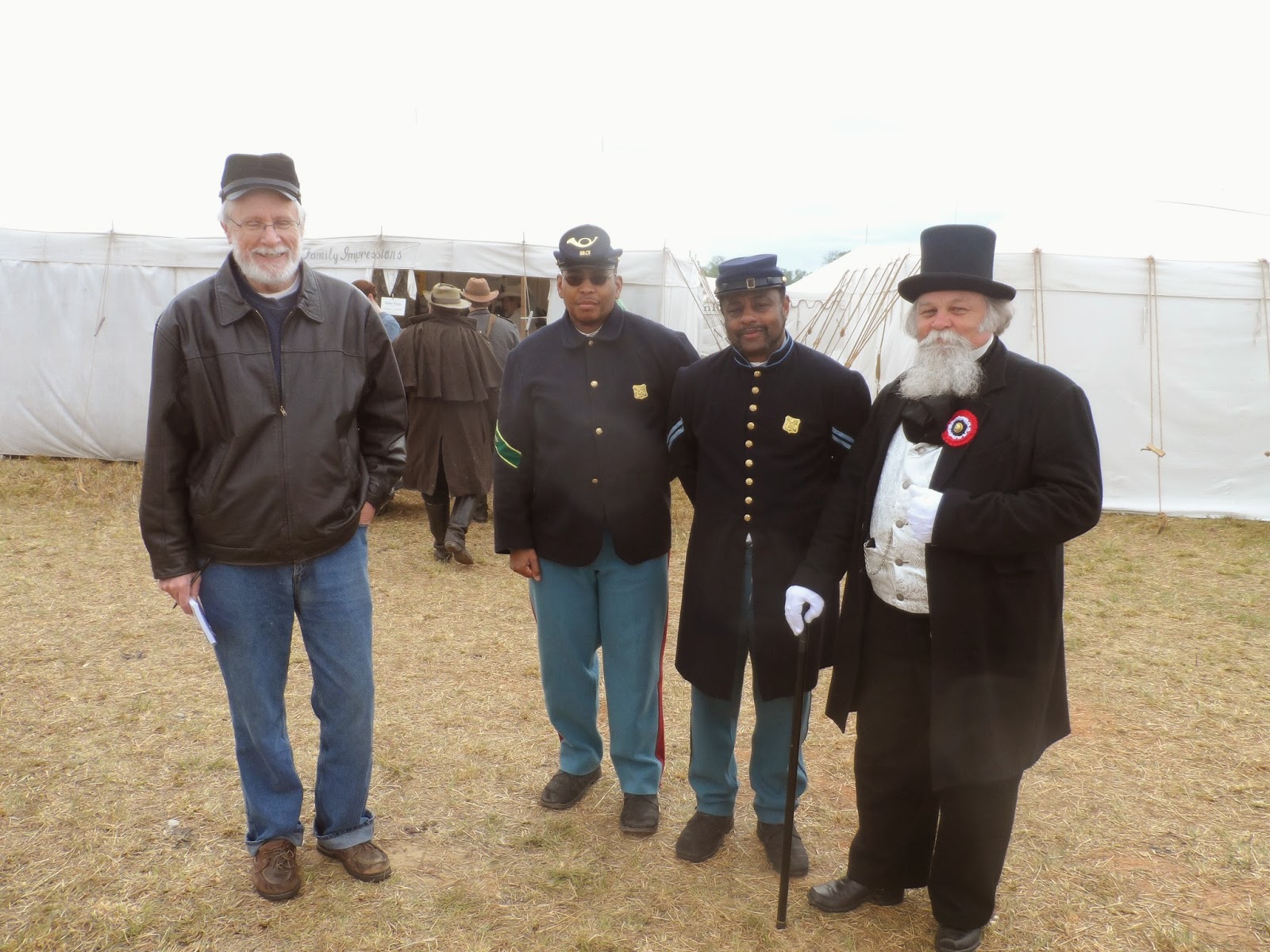 The Park Service event was very impressive.  Mr. O'Reilly gave us quite a speech about how rigorous it was going to be.  Two miles in and two miles out some of it through dense forest.  He probably exaggerated just a bit to be on the safe side.  We stopped periodically and he or Ms. Parnicza talked about what had happened on that very spot.  They showed us how we were out of sight of the road which added to the confusion.  Some of the hike was over land owned and farmed by the Hawkins family, both then and now.  Ms. Parnicza told us how the ladies, who had been hiding in the cellar, came out to cheer on Jackson's men.  Alexander Hawkins, home recovering from wounds, could not resist joining the attack as his old regiment went by.  She reminded us that every battlefield is somebody's home.  This video of the tour was not available when I originally posted on forbes.com

Go West
We finished the weekend by heading to the Shenandoah National Park.  The beautiful vistas on the hundred mile drive and the several hikes, one to a waterfall, were just the type of thing that CV appreciates.  I like them too, actually.  Oddly enough, two of the vistas had signs describing Jackson's valley campaign.  The national parks are a national treasure, as are the people who work in them including the volunteers, several of whom were schlepping sound equipment and probably waiting for some of us to drop on the flank attack hike.  We were glad to hear that none of them are being furloughed, but there have been cutbacks in the normal temporary help.  Given the strain that the sesquicentennial is putting on the system, that's a real shame.

Better To Be Lucky Than Good

My great-grandfather's division would not be so lucky in July when they were among the first to arrive to relieve Buford taking terrible casualties.

I have to wonder what it must have been like for him to read about it back in Bergen County.  He was mustered out along with the rest of the 22nd New Jersey on June 22, 1863.