I can't quite say for certain what moved me to visit Antietam on September 17, 2012.  It was the first time in over thirty years that I took off from work on a big due date.  (September 15 is when extended corporate tax returns are due).  Even after 9/11, September 17, 1862 remains the deadliest day in American history.  There is a passage in Strangers In The Land by John Higham which has always haunted me.


Faugh a Ballagh! The Gaelic cry rang out through the dense fog and gunsmoke as a wave of Union troops surged up the heights behind ruined Fredericksbur.  In their midst floated a green flag bearing the golden harp of Ireland.  For fifteen minutes Confederate cannon and muskets poured down volley after volley from impregnable positions a few paces away.  At the end of the carnage two thirds of General Thomas Meagher's Irish Brigade were left crumpled on the field.

The Battle of Antietam was the arguable victory that Abraham Lincoln needed to issue the preliminary emancipation proclamation.

At any rate I felt drawn to be at Antietam on the anniversary.  The only planning I did was to book a room in the general vicinity.  I made it to the National Park Center early Sunday afternoon on the 16th.  As I suspected there was a lot going on.  There had been a major reenactment event near the Park (The Park Service sharply limits the number of reenactors that can tromp around the Park with black powder weapons).

The thing that really surprised me though was an encounter that I had that night as I was waiting to hear a talk by James McPherson.  A couple of guys were sharing pictures they had taken a day or two before at a critical spot not too distant.  It turned out that the fellows remembered one another from Bull Run.  They were part of a small group of people that is drawn to be at the precise 150th anniversary of key events. One of them was going on that he was not going to be in the Cornfield the next day, as the real opening shot was at another point. He said they called themselves real timers.

I was in the Cornfield the next morning where I met another real timer, but you will have to wait until September 17 to read about that, since I will be putting my real time experiences up either one or two years after I had them.  You can go hunting on forbes.com if you are impatient.

My covivant has had enough of the Civil War for her lifetime and nothing is calling me in 2014.  I do intend to be at Appomatox next April and hopefully you will read about it here.  I have already posted about Chancellorsville, so you can keep an eye out for Gettysburg when the time comes. 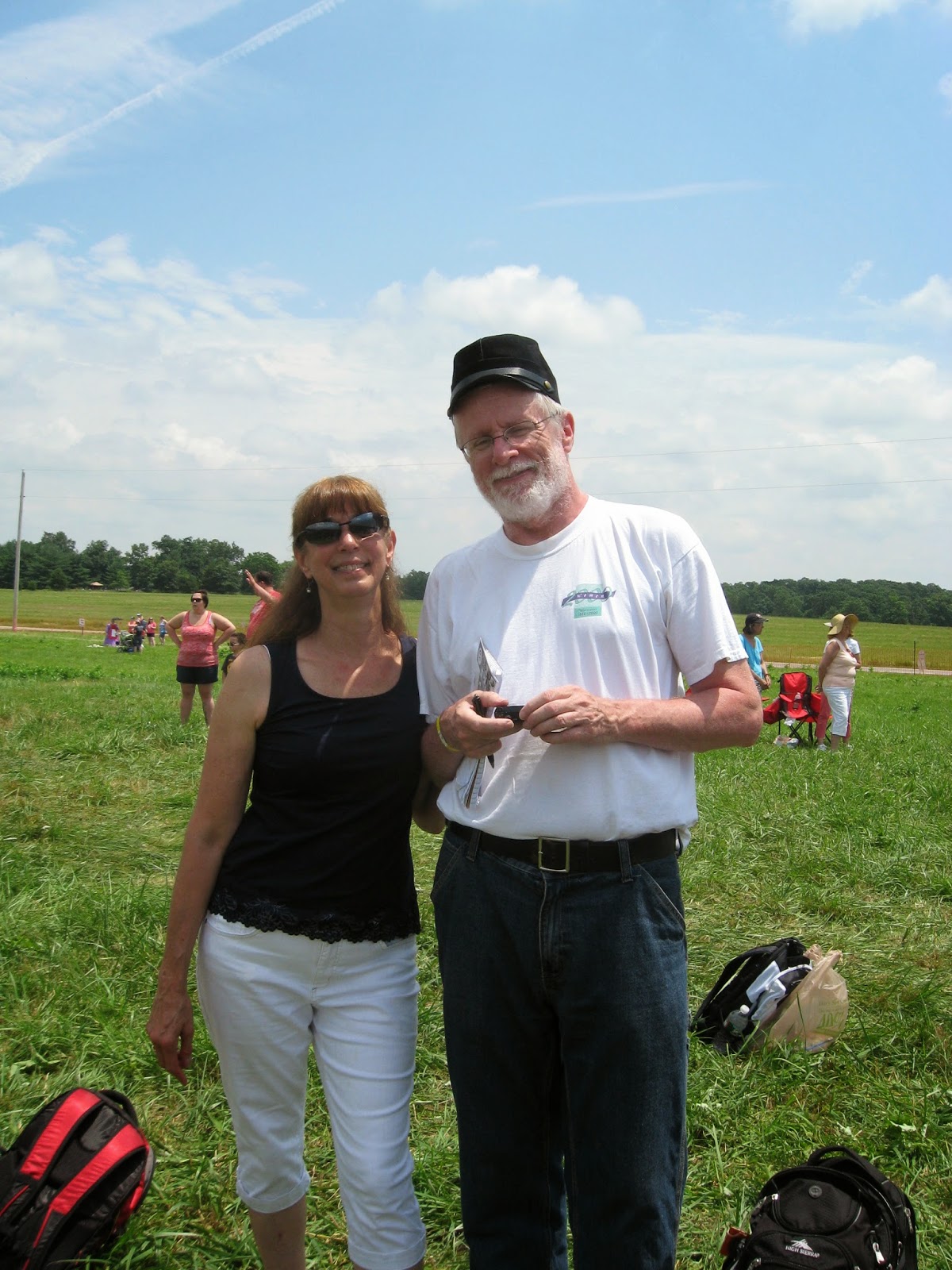