The Xavier Stories - A Roundup

In anticipation of the finale of the series on my high school I have decided to organize the Xavier High School material up till this point.  Not all of it is part of the series but it must all fit together.  My hope is that my son William will actually become THE great American novelist.  In that event  study of my work will become a sub-discipline of William Reilly studies and I want to make things convenient for future scholars.  So here is the Xavier corpus up till now. 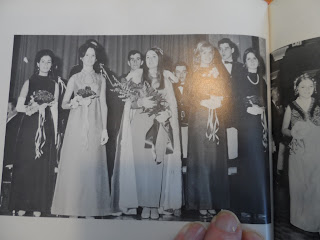 How I Accidentally Impersonated A Veteran - This is a story about a period in my mid-twenties and a very inspiring fellow that I met.  The Xavier piece is that the arcane knowledge I picked up in high school made me seem like an actual veteran.

Memorial Day Reading - Donald Cook - Xavier Graduate With Greatest Military Distinction - Pretty self-explanatory.  An odd side note is that cadet rank is a not necessarily a sign of future military merit.

Review Of "Ways And Means For Managing Up" By F Willam Smullen - "Bill" Smullen was the Senior Army Instructor at Xavier during our junior and senior year.  Then Major Smullen, if not the best teacher at Xavier, no small feat, was definitely a contender.

How Real Is Junior ROTC? View Of A Son Of Xavier Who Kept Marching On To Cold War Victory - Guest post from Scott O'Connell.  Scott had an Army career in both tanks and counter-intelligence. I found his comments on our cadet experience surprising.


The Series - 1970 - The Xavier Class Lamented By Antonin Scalia

Part I - Becoming Part Of The Regiment - It is 1966 when I start marching and opposition to the Vietnam War is not yet in the mainstream.

Part II - Time For Sergeants - I focus on the members of the Military Science Department other than the SAI, who actually were above average teachers including a story about somebody literally shooting himself in the foot.

Part III - The Final Revenge Of Corporal Burns  - My eternal disappointment at never having a Sam Browne and saber.

Part IV - No Diamonds On Our Shoulders - My reference group proves themselves marvels of military mediocrity.

Part V - We Didn't Start The Fire -  A brief piece by classmate David Posteraro showing how anti-war sentiment was beginning to leak into the school.

Interlude - Being Gay In The Sixties In Antonin Scalia's High School -  A longer piece by Dave Posteraro with a fairly self explanatory title.

Part VII - The Epilogue Class (1971) Gathers - John Frank, whose upcoming play The Institute has me quite excited relates about his 45th reunion, which was a year after mine.  Go figure.

Daniel Berrigan And Those In The Silent Generation That Did Not Shut Up -  Tangential to the Xavier stuff, but somehow related.

Science Fiction Author Reflects On His Xavier Days - My classmate John Sundman who was disappointed with himself for graduating as a corporal having set his sights on private weighs in.

The Xavier Regiment Back To The Future - A bit of peek at John Frank's upcoming play and an update on the Regiment today.

I think the series needs one more piece and for that I would like to have more classmates who can tell me about PAX.  Other guest posts would also be greatly welcome,   It would give you an opportunity to reach scores of people